Discovery and Development of Anxiolytic Agents from Tropical Marine Macroalge 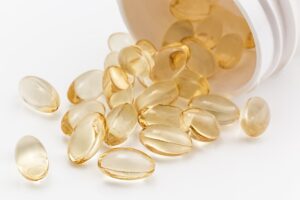 Descripción: Epidemiological surveys have revealed that one third of the population is affected by an anxiety disorder during their lifetime. These disorders are mostly treated with benzodiazepines (BZD’s) which act as positive allosteric modulators of GABA(A) receptors to achieve their anxiolytic effect, yet their constant and consistent use can induce dependence-disorders through tolerance and resistance mechanisms. This highlights the need for safer and more effective anxiolytic drugs. To date, more than 50% of all FDA approved drugs are natural products (aka secondary metabolites) or molecules derived from natural products and marine natural products have recently proven to be a rich chemical space for drug discovery and development. Along those lines, the diversity of marine algae is indicative of their great potential for biosynthetic production of bioactive compounds and their tropical varieties have been shown to produce a wide range of secondary metabolites with diverse biological activity including neuroprotection. However, very little work has been done to provide algae-derived chemicals for CNS applications and, to our knowledge, none have been directed towards anxiolytic screening efforts. Chiesa and co-workers recently reported that the administration of the crude extract of the brown algae Stypopodium zonale, exerts anxiolytic-like activity in Drosophila melanogaster measured by the fly’s behavior in an open field arena and the dark/light box test. Nevertheless, the chemical characterization of the organic compounds present in the crude extract of the algae is still unknown and this is crucial to understanding the structure and mechanisms of action of the secondary metabolites responsible for inducing the anxiolytic effects.